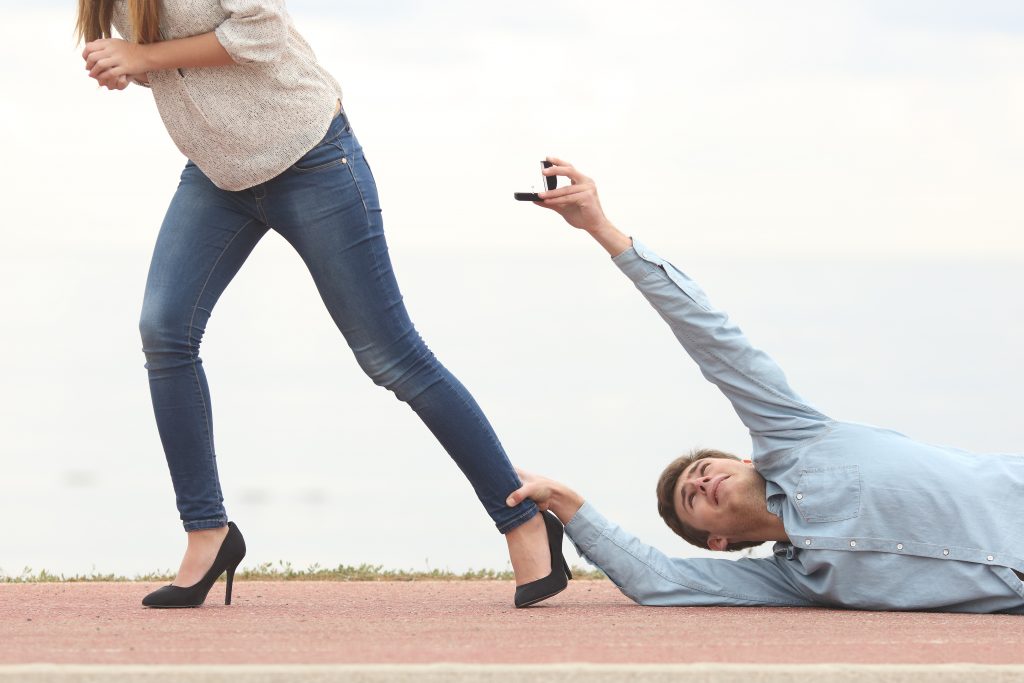 How to Make Any Man Go Back to His Ex

Darlings, Mother Rebecca is here to keep you up to date on relevant topics of the 21st century. And what could be more relevant than developing skill in the delicate art of Making Any Man Go Back to His Ex? Mother Rebecca is a lady of many talents, largely because she has been around since the prehistoric era, when large Beatles roamed the earth. But making any man go back to his ex is not merely a talent of Mother Rebecca’s: it is one of her superpowers. (Her other superpowers  consist of  becoming invisible at random times, and causing street lights to turn off when she passes by, but  we will address those at another time).

When it comes to making any man go back to his ex, Mother Rebecca is so good at it that she can do it backwards and forwards. Yes, it’s true: she can also make a man go forward to his next significant other (i.e., significant “other- than- herself”). And if a man has, for some reason or another, never HAD an ex, she can make him go back to the first woman who ever held a place in his heart: his mother. Yes darlings, it’s true: when it comes to making a man go back to his ex, you are truly in the presence of greatness. Sit at Mother Rebecca’s feet, my darlings: listen and learn.

First of all, why, I hear you asking, would you WANT to make a man go back to his ex? That is a very good question, and as of this date Mother Rebecca is still searching for the answer. Should you happen upon the answer before she does, please email it to her forthwith so we can share with the rest of the class.

Failing a definitive explanation of the utility of this rarified talent or skill, allow us to indulge in some hypothetical conjecture. Why would you want to make a man go back to his ex? One thought that comes to mind is that perhaps you are trying to unload the gentleman on another unsuspecting female (or, as the case may be, male) as you may have found his presence in your life to have become superfluous. Perhaps the gentleman in question did not turn out to be “as advertised” (by himself, no doubt). Did he imply (or directly state, in his profile on Match.com) that he is an athlete, but you discover that despite being a native speaker of the English language, his understanding of how to conjugate the verb “to be” in the past tense is somewhat shaky? In other words, what the dear gentleman MEANT to say is that he WAS an athlete (25 years ago) but now his major athletic activities consist of channel surfing and trying to jog his memory?

Another reason for making a man go back to his ex, is that despite his strenuous protestations to the contrary, you discover that he is in fact still married to her.  This is a situation that calls for the speediest possible dispatch of said gentleman to said “ex”, and I am using both terms very loosely indeed.

Perhaps you adore the gentleman, and he you, but either his family or yours (or heaven forfend, both) are so vehemently opposed to your union that they are chasing the undesirable party (hopefully it’s not you, but it very well might be) like a pack of rabid hyenas. Short of making your dearly beloved go back to his ex, or forward to the NOT YOU person that his family prefers unto death (i.e., YOUR death), you two lovebirds could try some other plan, such as escaping to live happily ever after on a small tropical island with no telecommunications or internet service. This plan will work well until you run out of money, run out of food, and realize that you are the only two people on the island who share a common language and therefore have no way to communicate or interact with anyone other than each other. This will still be fine as long as you find it romantic to stare into each other’s eyes as you rehash the same conversation you’ve had for the past five years while slowly starving to death. However, even the most enamored among us may eventually find this activity tedious. (Please do not ask Mother Rebecca how she knows this. A lady has to have some mysteries).

For whatever reason, dear ones, you’ve come to the realization that Mr. Hunkly has to go. He’s not as advertised, he’s not available, he’s not that into you, or he’s surrounded by people who would love to see you dead. While there may be other reasons for sending a man packing back to ExVille, these are good enough, so let’s get started on the how–to, shall we?

In order to send a man back to his ex, we must work backwards by a process of deduction. The fact that he has an ex (or failing that, a mother) suggests that he loved someone, or at least liked them very much, prior to loving you. And yet, tragically, that love came to an end. Hence the concept of “ex” as in over, finished, bye bye, finito, adios.  His heart was broken, life had no meaning, and a curtain of obscure darkness descended upon the land. And then, by some miracle… he met YOU! You were like water in the desert! You were the answer to his dreams. You were the love of his life, the other half of his soul, the future mother of his children (or stepmother of your stepchildren). He couldn’t imagine his life without you. And he told you this every day, possibly for years. And you believed him (what were you thinking? Mother Rebecca will deal with you separately. Please see her after class).

The reason the gentleman in question was so enamored of you, was that you were NOT his ex. Some of you may remember a television show featuring an adorable animated baby dinosaur that used to hurl invective at its male parental unit while shouting “NOT the mama!”Well, you are “NOT the ex!” but unlike Baby Dino, at least in the beginning, Mr. Wonderful thinks that is a GOOD thing. You can tell he is still in this stage if no bowls of steaming porridge are being hurled at your head.

Why is it good that you are not the ex? Because you and he have not indulged in any late night antics of the sort whose denouement requires a police escort. You have never (to date) caught him in bed with your best friend, a large farm animal, or another man. He has not (to your knowledge) made perjurious statements about you in a court of law. In other words, dear ones, you are like a fresh pad of paper on which no messy inkblots have been spilled.

As Dylan Thomas put it so succinctly in his famous poem, Fern Hill, “it was all Shining, it was Adam and maiden,”… Oh yes darlings, it’s all fun and games until someone loses an eye. And when will that be you wonder, counting down the clock to however long your previous relationships lasted before everything went south. (Aha, the truth comes out, does it? Mr. Wonderful is not the only one who has an ex, it seems?)

So everything’s been lovely and golden, and then suddenly… wafting through the window on the distant breeze… you smell a lie. Or you notice a little fib, glinting like an earring that isn’t yours in the back seat of the car. Or he starts taking phone calls in the other room and working out over his lunch hour and taking a shower before he gets home (late) from work.

Sigh. There is nothing Mother Rebecca hates more than a cliché. Men have been cheating on their wives and girlfriends (and probably their boyfriends too, for all Mother Rebecca knows) for thousands of years. Couldn’t they do so in more original ways?

And who is this Mystery Woman, this loser of random earrings, this strumpet, this (pardon Mother Rebecca while she spits out her chawing tobaccy into the cuspidor here), this WHORE? Could it be the very ex he was so recently portraying as the Gorgon Medusa in curlers, a harpy in flannel pyjamas? Why is it that you are just now noticing, my dear, that all you have to do is add a sibilant serpent-like hissing sound to the beginning of the word “ex”, to turn it into “SEX”?

He lived with her for 20 years before he met you. She is the mother of his children (which little darlings you have been taking care of during the delightful phase of their youthful Satanhood euphemistically known as “adolescence”). Or, she broke his heart and now he is ready to let her put it back together. Or, he realizes he always loved her, and still does.

Darlings, Mother Rebecca will tell you a secret about men. They are creatures of habit, but they are easily scared. If something happens to their comfy Barcalounger, they will scurry on over to the couch. But really they were used to the view of the TV that they had from the Barcalounger. They liked the way it smelled. And here you come, Ms. Domestic Goddess of 2015, ready to fix up that broken old Barcalounger with your duct tape and hot glue. Because you are handy like that. You get it all fixed up and cozy and comfy again and what does he do? He goes right back to it, and leaves you sitting on the couch, alone.

Yes, dag blarn it. You fixed it. You fixed whatever was broken, in his domestic arrangement. You plugged the hole in his heart. And now that whatever was wrong from the Time BY (Before You) has been made right again, off he goes like a catch-and-release salmon, swimming upstream to spawn.

Let him go, dear. There are other fish in the sea. But they will all act the same as this one. So watch him swim away upstream, the golden sunlight glinting off his scales, and repeat after me: illegitimi non carborundum est, which is Latin for, “Let her have him, sweetheart. Better her than you”.